From the year 1988 Chamber Philharmonic Orchestra of South Bohemia owns a separate building that has been build upon the foundations of a derelict church. This has allowed for a creation of a fully-fledged Concert Hall with all the necessary amenities. Its convenient location in the city centre has made this Concert Hall one of the main cultural spots in the city.

Centre of the object is made up of the Concert Hall, named after a well-known composer borned and raised in České Budějovice named Otakar Jeremiáš. The Hall has perfect acoustics and auditorium for 218 visitors. The ambiance of the Concert Hall is accentuated by modern looking organ. 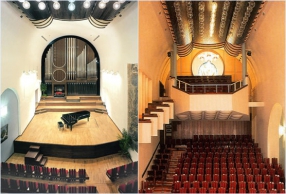 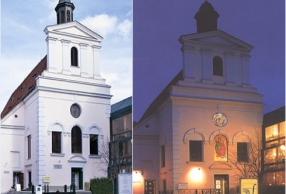